Huge Fun on the Green! 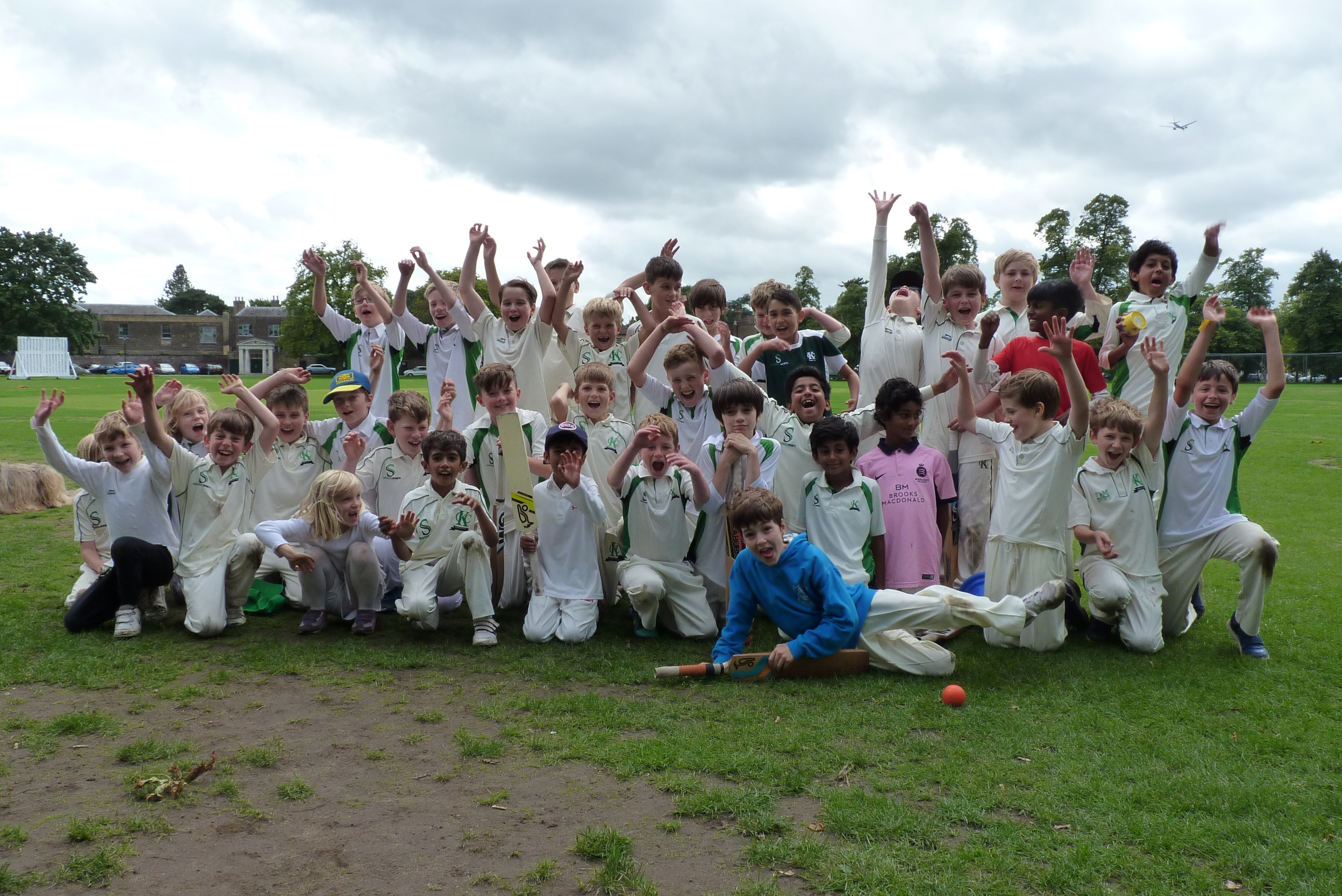 The children were split into 3 groups - soft-ball and 2 hard ball. Every morning on days 1-3, the happy campers were coached in batting, bowling, fielding and running between the wickets. After lunch, the soft-ball group played plenty of cricket-related games whilst the hard ballers were either in the nets with the bowling machine or playing a "Test Match" in the cage on the square. The post-tea sessions saw all 3 groups combined to play Mad50. 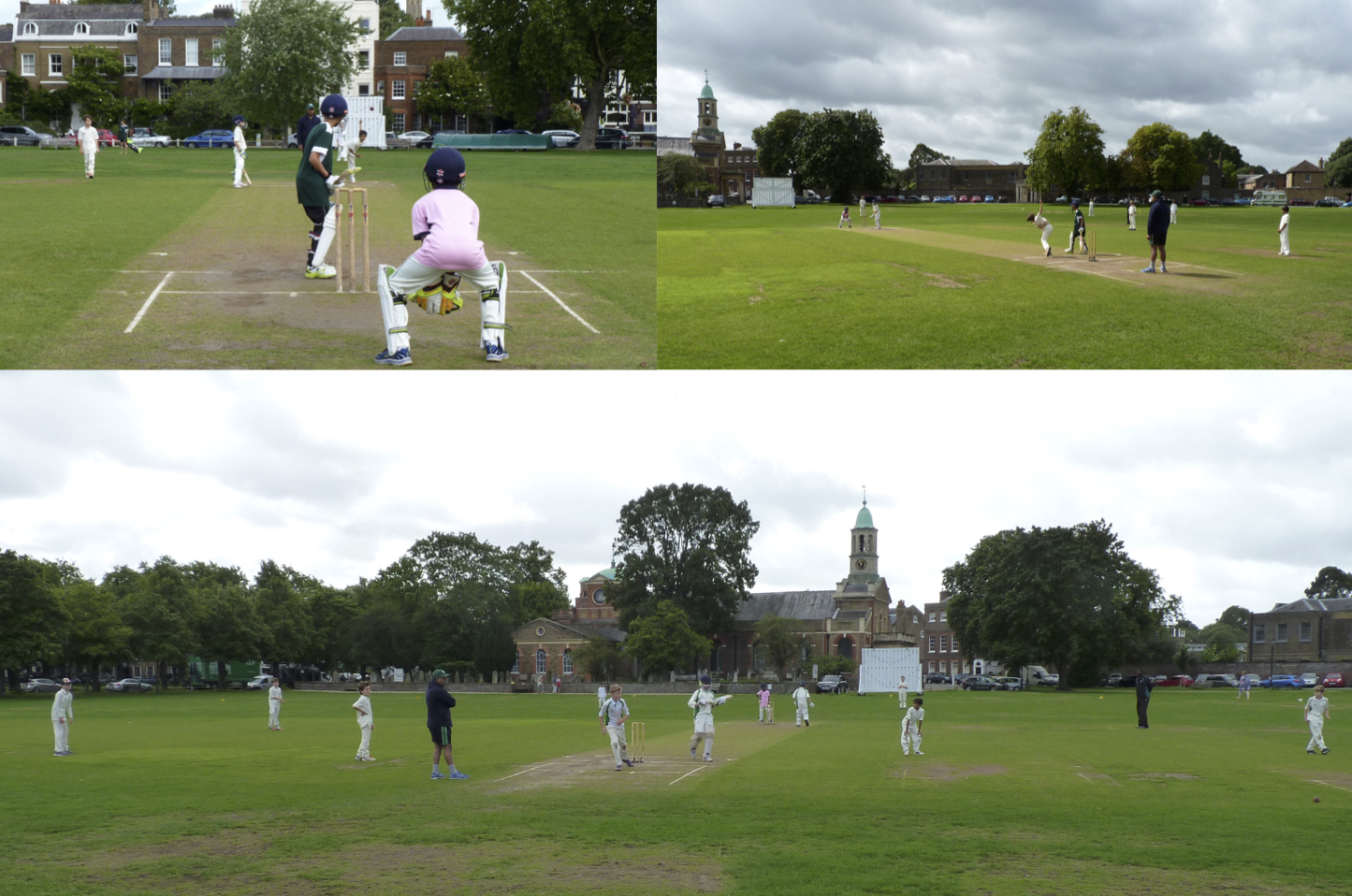 Weather was good apart from Wednesday afternoon, which was a complete wash-out. But that did not stop the fun. A hotly contested quiz was won by "No Hands In Pockets"! 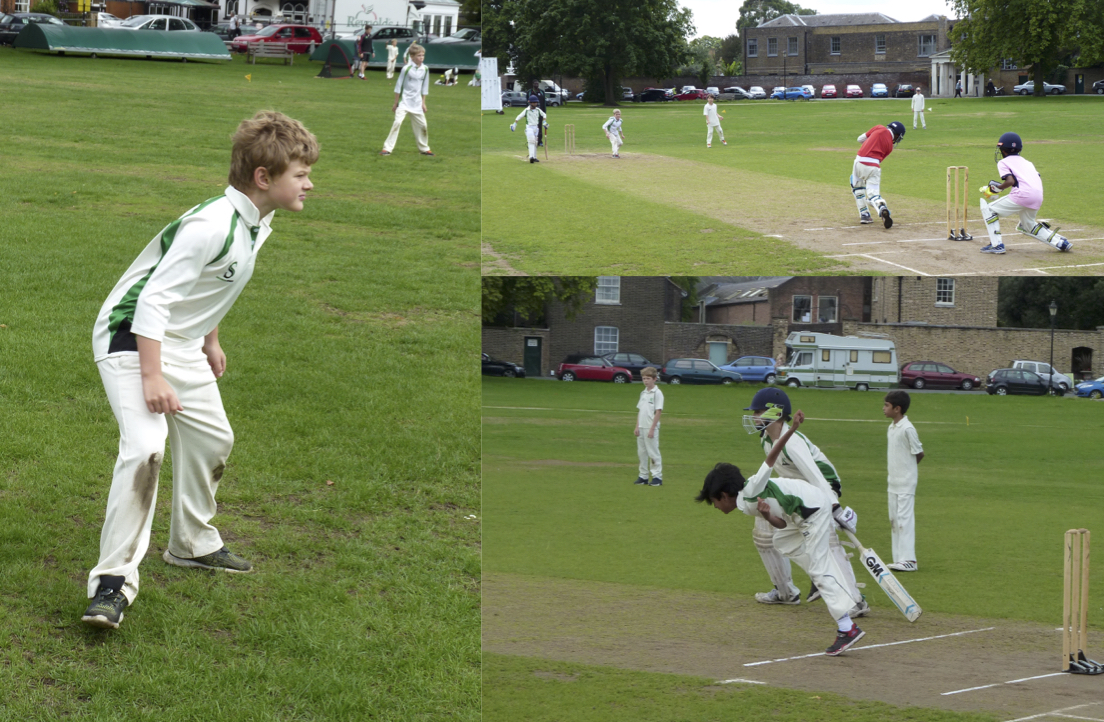 On Day 4 a.m., with the sun again shining, the hard ballers played a T20 on the square and the soft ballers having their first taste of a hard ball and wearing all that cumbersome kit! After lunch all the children took part in a Mad50 tournament. The camp ended with prizes handed out to: 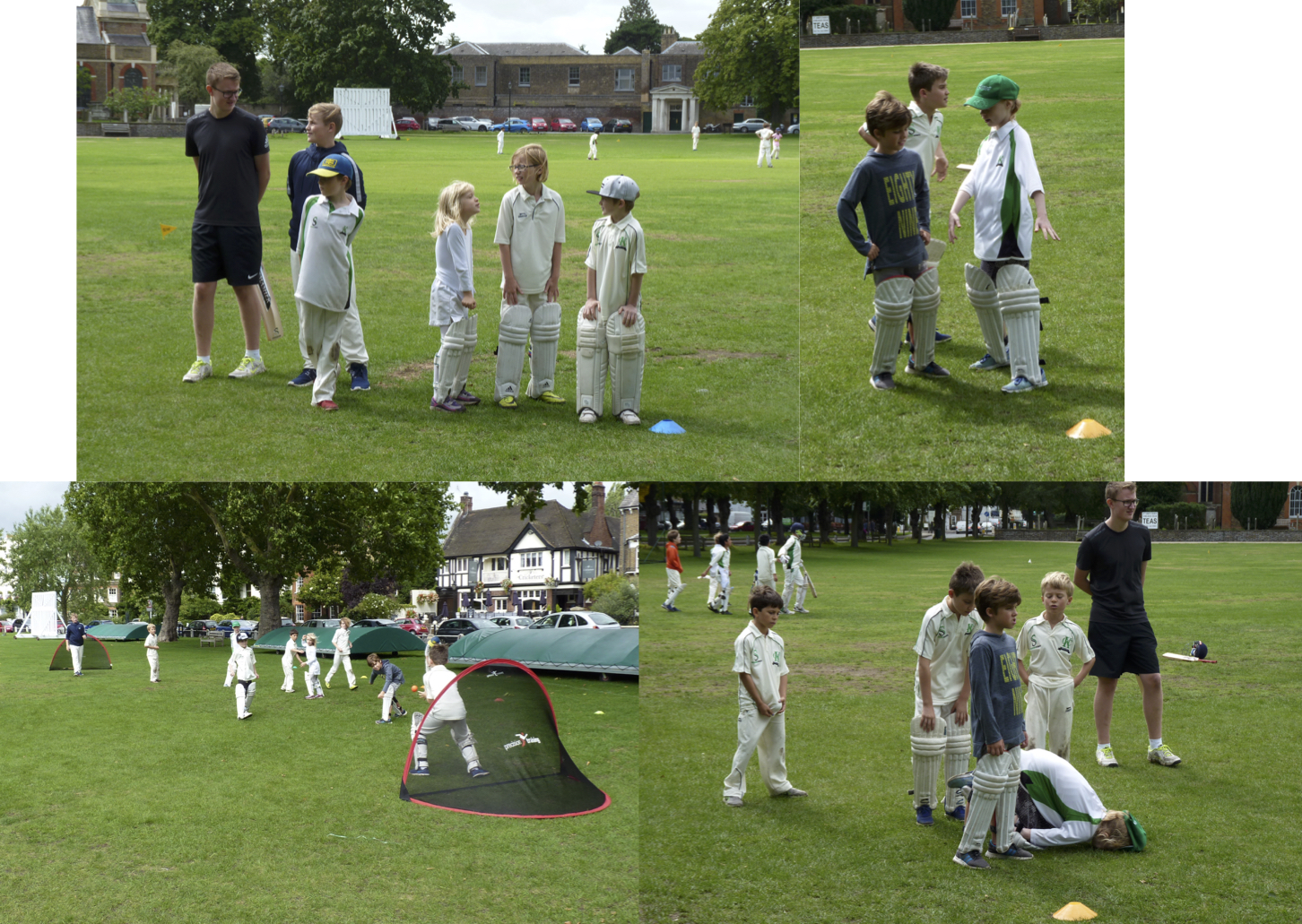 Congratulations to all of them and all the other children who ran, bowled, hit, threw and laughed their hearts out all week.

Also on Day 4, Mehmood Malik carried out 1:1 coaching for some of our most promising older colts. This was a great opportunity for them and also for our younger colts to see what is possible with hard work and dedication. 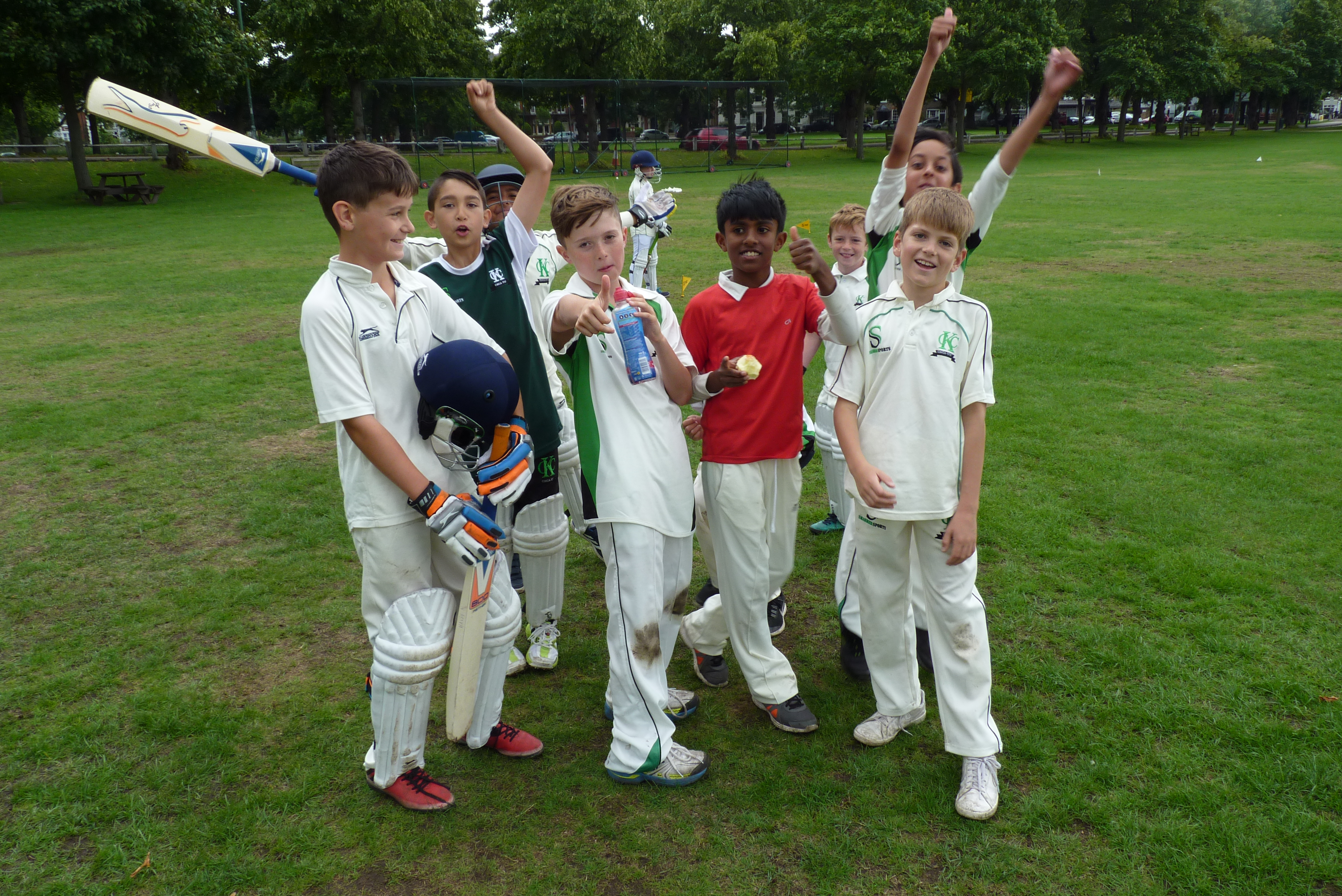 Thanks to Smasher Sports for supplying kit and prizes and to all of our wonderful coaches:  Immy, Kiddy, Luca Morelli, Will Slinger, Jamie Benson and Berg Snr and Jnr and Ed Taylor, Lloyd Walden, Harsh Patel, Alfie Iredale and Henry Russell for Day 4. 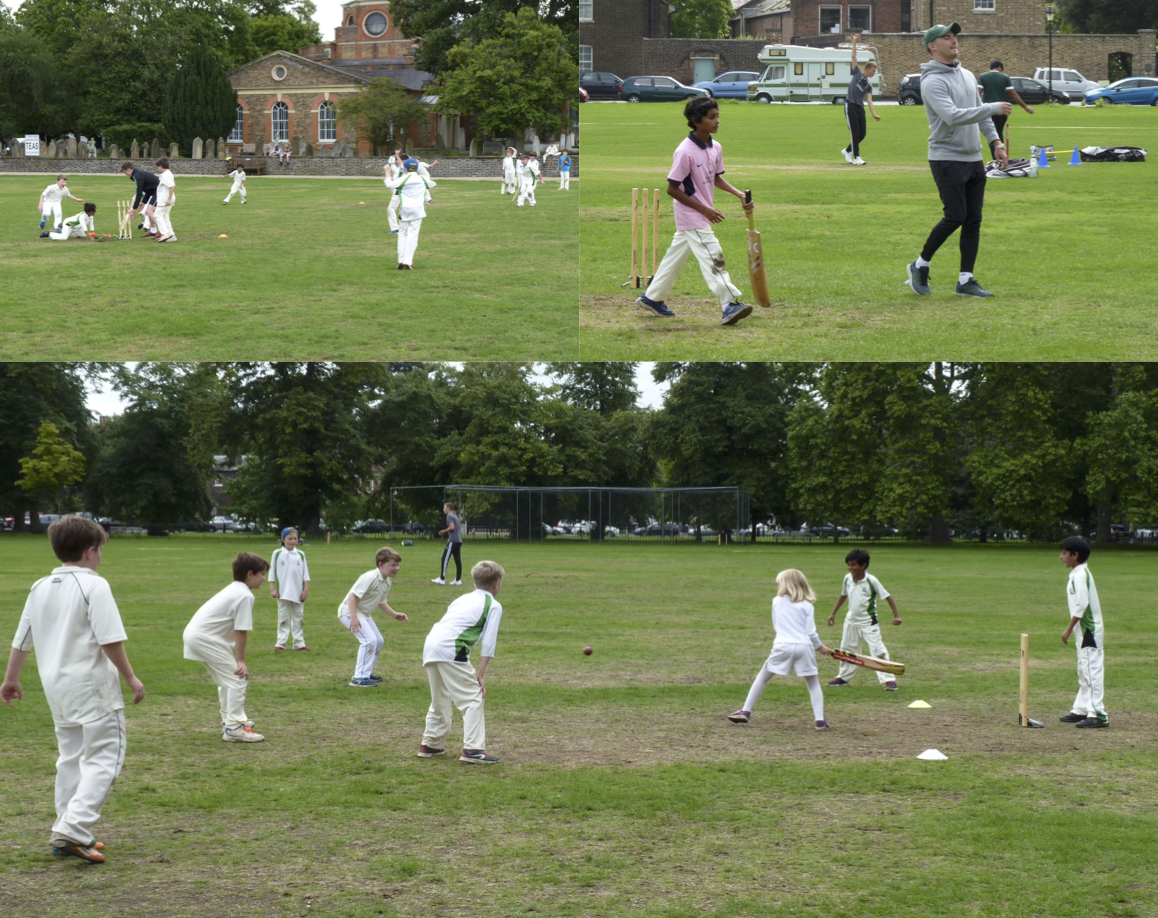